Nick Clegg has vowed to protect the education budget and he seems like a likeable sort of chap who can be taken at his word.

Don’t miss Fat Disabled Gypsy Thieving Bastards On Benefits tonight, 9pm on Channel 4. Bit of an attention-grabbing title, granted, but it’s actually a very sensitive look into the problems faced by the working classes in Cameron’s Britain. At least that’s what the press release says.

You call that summer? Seriously? You used to be so much fun.

…don’t you sometimes wish they had more imagination than a five-year-old?

As a responsible member of the press I wholeheartedly condemn the disgraceful behaviour of the party I don’t support in consorting with Russian oligarchs on their yachts in warm climates and there conducting all manner of underhand and quite probably illegal activities. I am determined to get to the bottom of it.

At the same time, I am delighted to hear that the party I do support has conducted a thorough review of all its dealings with Russian oligarchs on their yachts and has found all allegations of impropriety to be entirely groundless. I trust this will be the end of the matter.

I hate to say I told you so but I think you’ll find I was warning you of the Icelandic terrorist threat back in December.

Of course it’s too late now. You just had to go flocking round Peston instead, didn’t you?

Hang on a minute… Obama’s just stated he “loves the people of this country”. God, this is so confusing.

John McCain’s just confirmed he “believes in this country”. What more do you people want? A man with a plan, not a miracle cure. A striking change of tone. A speech delivered with gravitas and conviction, but shot through with a rich vein of humour. A natural born leader seizing the mantle of Mrs Thatcher. A man for all seasons. Nice totty for a wife. Our next Prime Minister.

I, on the other hand, might have described it rather differently.

Honestly, you’d think he was Chancellor of the Exchequer or something.

Just a heads up: if you live near a late-night shopping centre you might want to pop out pronto for some shorts. Just heard on the radio that the FSA is clamping down on them from midnight so if we have an Indian summer you’ll be up shit creek.

Update:
Sorry, my mistake: it’s short selling they’re talking about. About time too: imagine if they’d dithered until a big bank went pop. 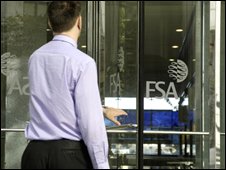 A hedge fund chap popping into the FSA for a pair of shorts earlier today. He thought it said C&A.

Senator Obama’s pig comment may be raising eyebrows in the States, but over here in the UK it’s raised the spectre of an all too similar comment made almost 30 years ago. I am of course referring to Jim Callaghan’s fateful remark in the run-up to the 1979 general election:

You can give a pig a big hairdo and a blue handbag and elect it leader of the Conservative Party: it’s still a pig.

Ever the opportunists, the Tories were quick to seize on the comment as an alleged slur on their leader, Mrs Thatcher. And despite Callaghan’s protestations that he’d used the pig as a metaphor for the opposition’s shameless policy recycling, the accusations stuck and Thatcher romped to victory just two months later.

And the rest, as they say, is history: Thatcher reigned for a thousand years, presiding over a slew of policies that would change the face of Britain forever: the outlawing of milk; the war with Denmark; the unilateral withdrawal from the Eurovision Song Contest; the invasion of Mars.

I trust the moral is clear, America: vote for the pig woman and you’re looking at no end of trouble.

I don’t trust that Palin woman. There’s something not quite right about her.

…it’s because I’m typing it on my iPhone. I do everything on my iPhone these days. If there was a job where you could get paid for buggering about on an iPhone I’d be filling in the application form right now – provided of course that I could fill it in on my iPhone.

I’m also on the toilet. This, my friends, is the future.